Sisters of Robert the Bruce

Robert the Bruce may have won the battle of Bannockburn in 1314 and was crowned king of Scotland, but it came at a terrible cost.
In earlier battles with Edward I of England he lost and went into hiding. He tasked his brother with taking his wife and daughter and his sisters to safety and sanctuary.
While he led his men into a guerrilla war with the English, Edward sent men to capture the Bruce's family to use as pawns in the war with him. His brother was hung drawn and quartered.
Isabella MacDuff who helped crown the Bruce; legend has it the Kings of Scotland must be crowned by someone of the MacDuff clan; was captured with his family.
Isabella and the Bruce's sister Mary were held in cages hanging from Berwick Castle and Roxburgh Castle respectively. They were caged in iron and wood cages and exposed to the elements with just a bucket to defecate so as not to "soil their feet" as written in the edict of their punishment. They were also forbidden to speak to anyone other than the women who fed them.
Isabella spent four years exposed this way before she died. Mary was exchanged for prisoners held after Bannockburn.

Edward wanted to hang the Bruce's daughter from a cage at the Tower of London but the lords and the public at the time were un-supportive due to the girls age. She was nine at the time. 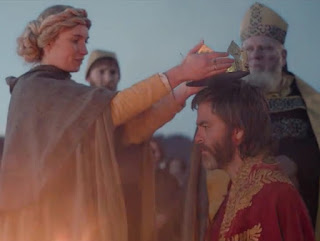 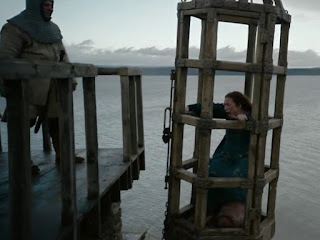 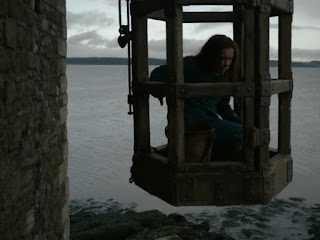 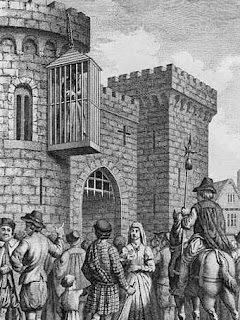 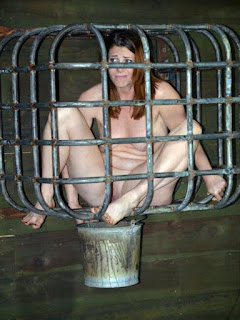 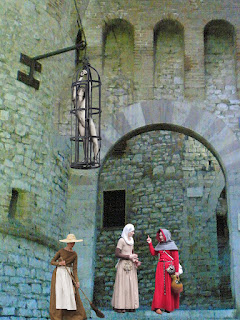 Posted by Emma Bond at 17:58 No comments: Links to this post 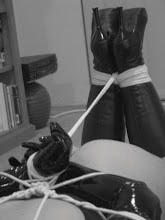